I was the point person in charge of managing the art for the UNSA Retribution interior. My tasks involved world building, asset creation, and managing a small team of artists. I also interfaced with other departments, such as animation and design to mold the geo to fit their needs.

The Retribution is the hub of the single player campaign. There were 5 versions, all with varying levels of destruction. We had to create core geo that would exist in every iteration, and set dress according to where the player was in the story. A lot of asset management, and design back-and-forth occurred during creation. We found that re-purposing and kitbashing certain props helped considerably.

Systems of asset placement were also created to determine which props went where. It took a lot of the guess work out when it came time to set dress. For example, bulkhead doors would always be accompanied by a bracket set that contained door access keypads and status monitors.

To ensure the Retribution would feel real and grounded we did extensive research on existing Navy ships and based a lot of our design on how they were constructed. Many of our markings and signage are also based on that research.

All COD levels are collaborative. I worked together with Art Lead Paul Interrante, and artists Josh Lynch, Javier Perez, Miguel Rodriguez and Ifedayo Ojomo to bring the Retribution to life. 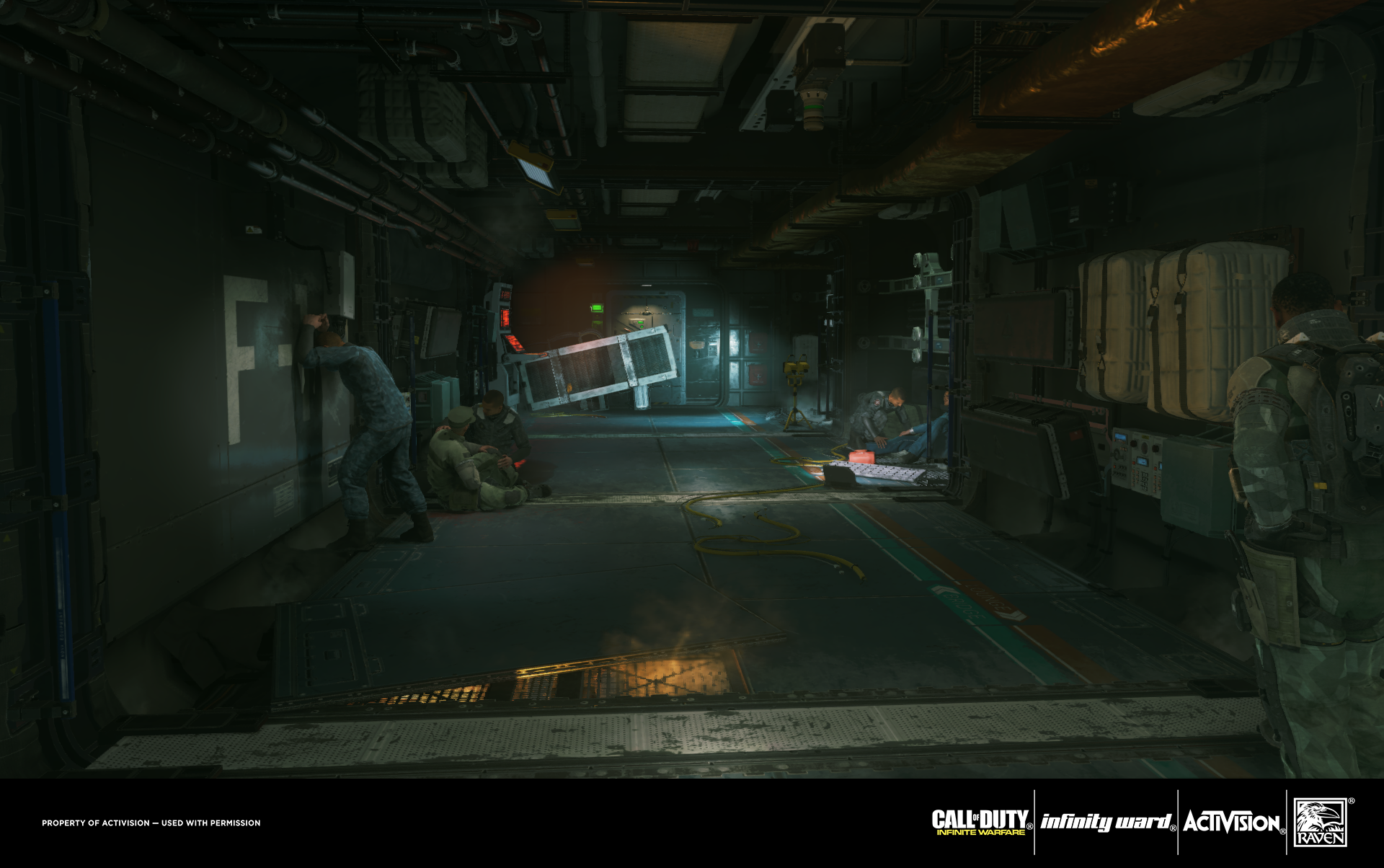 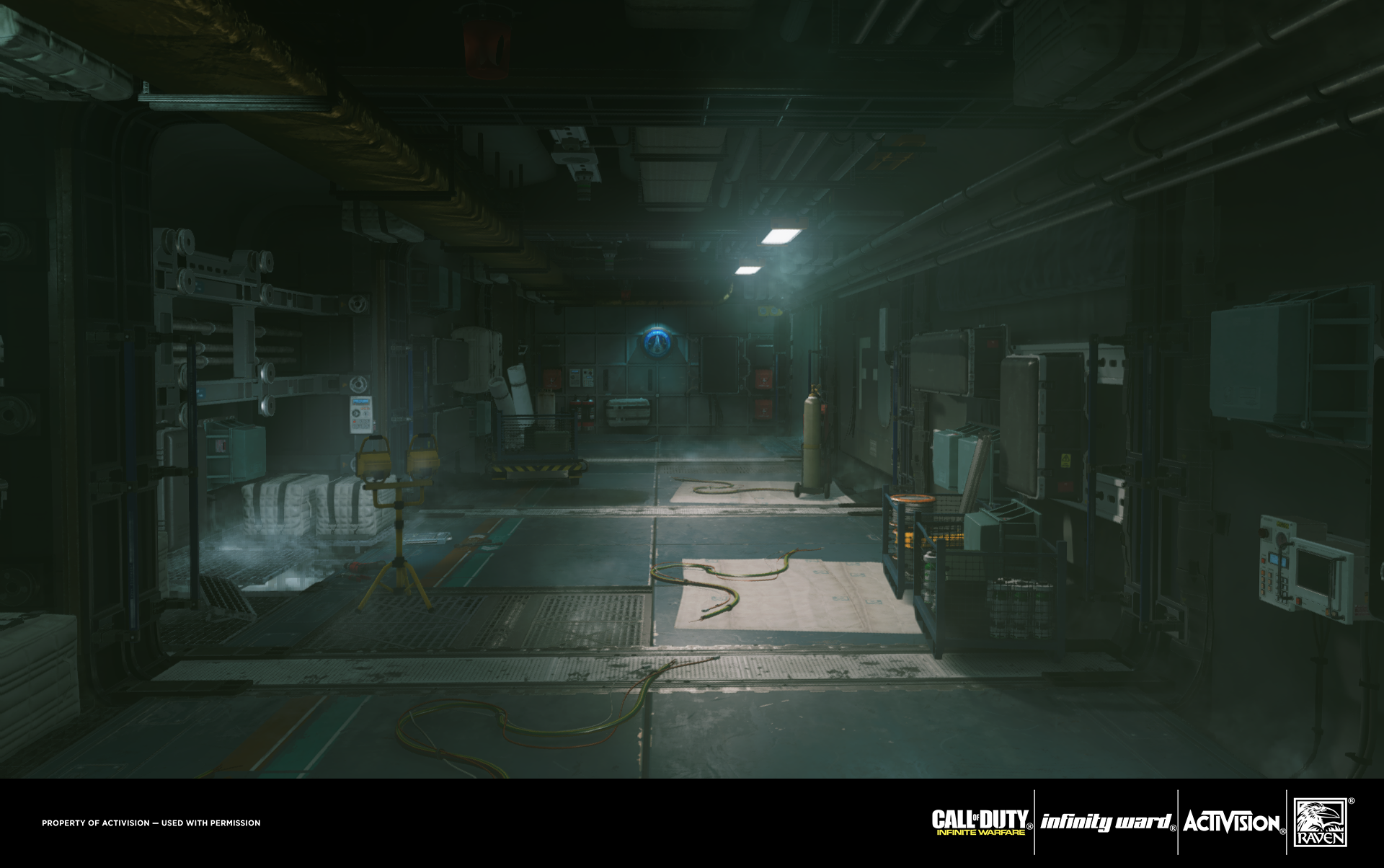 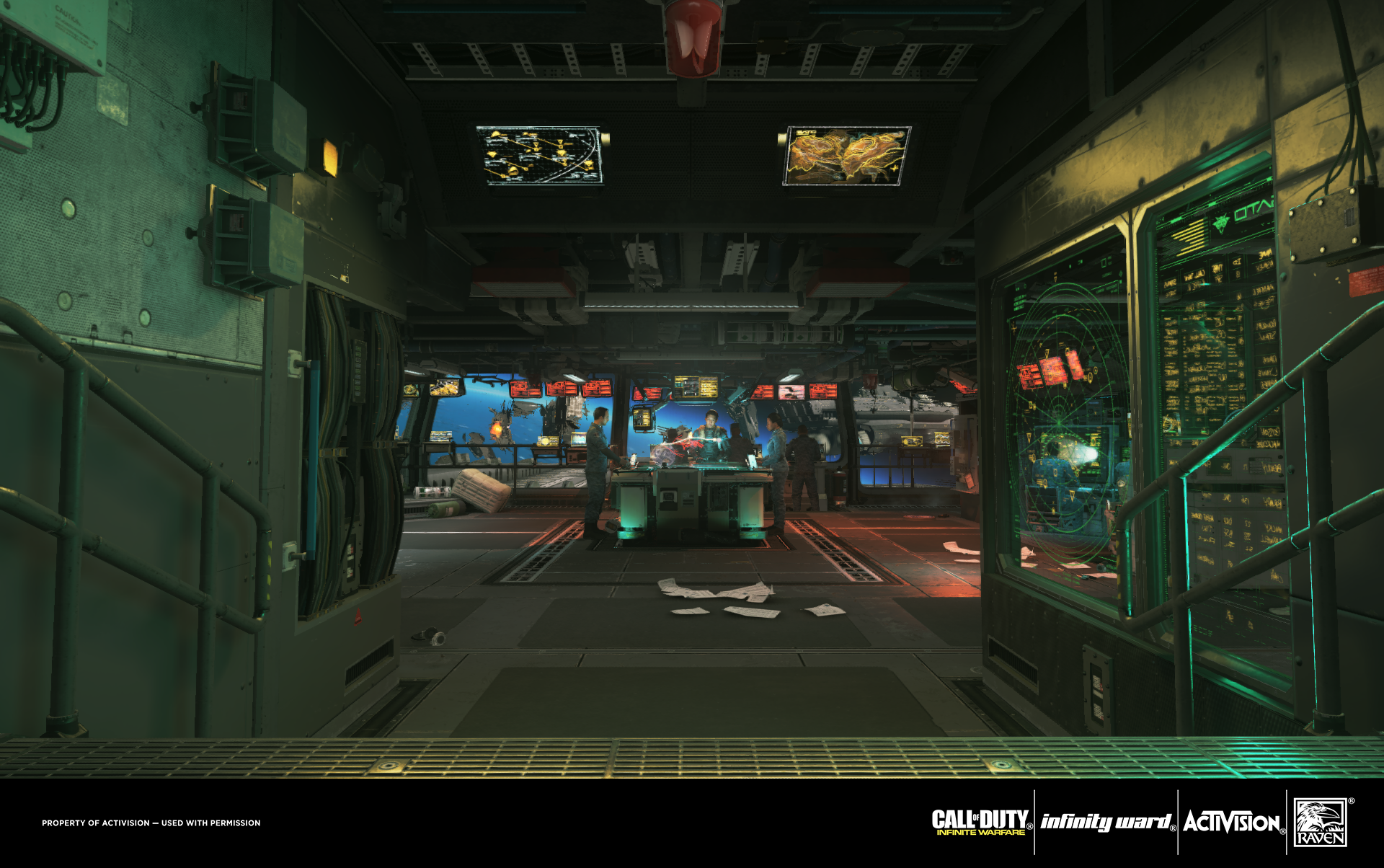 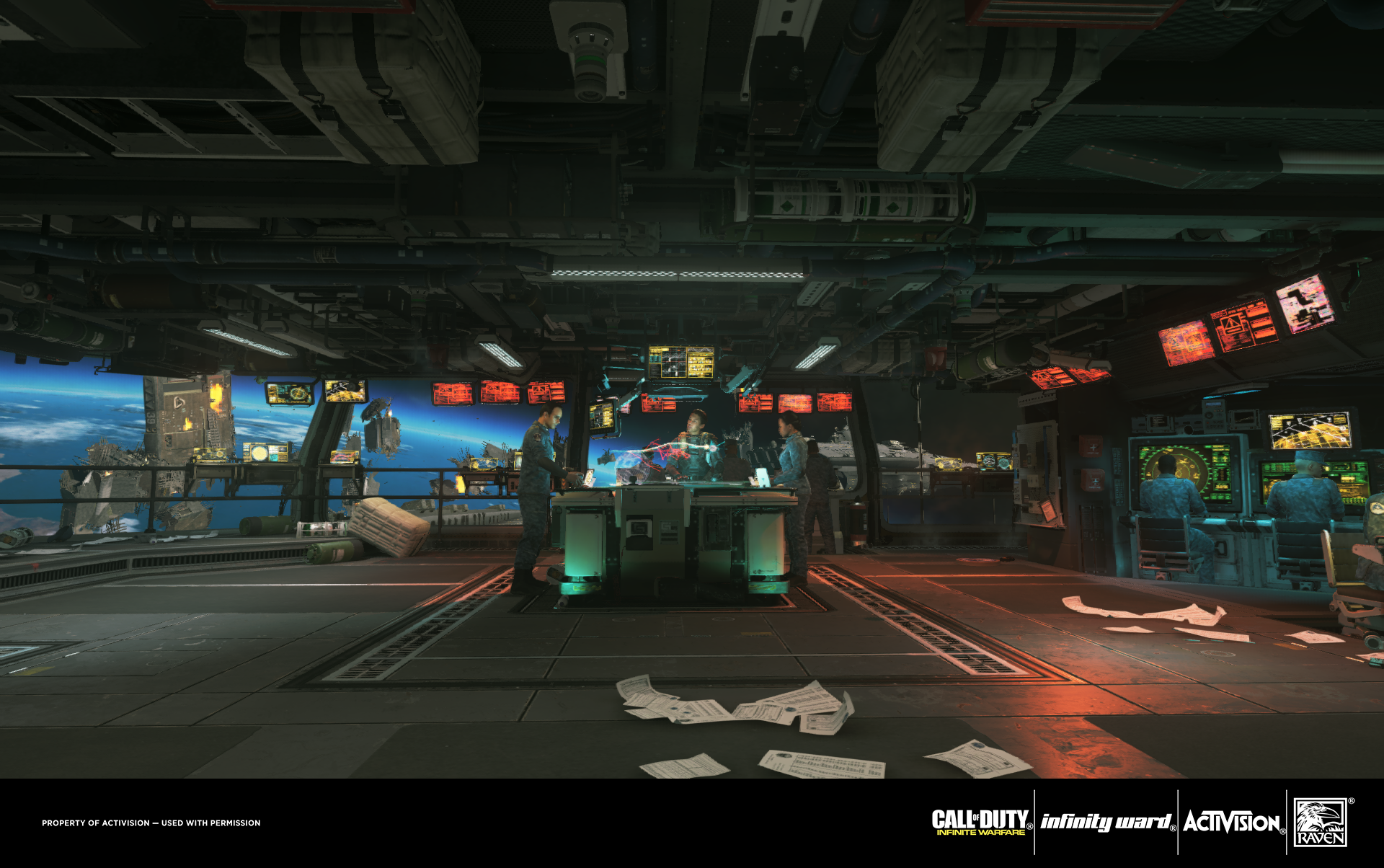 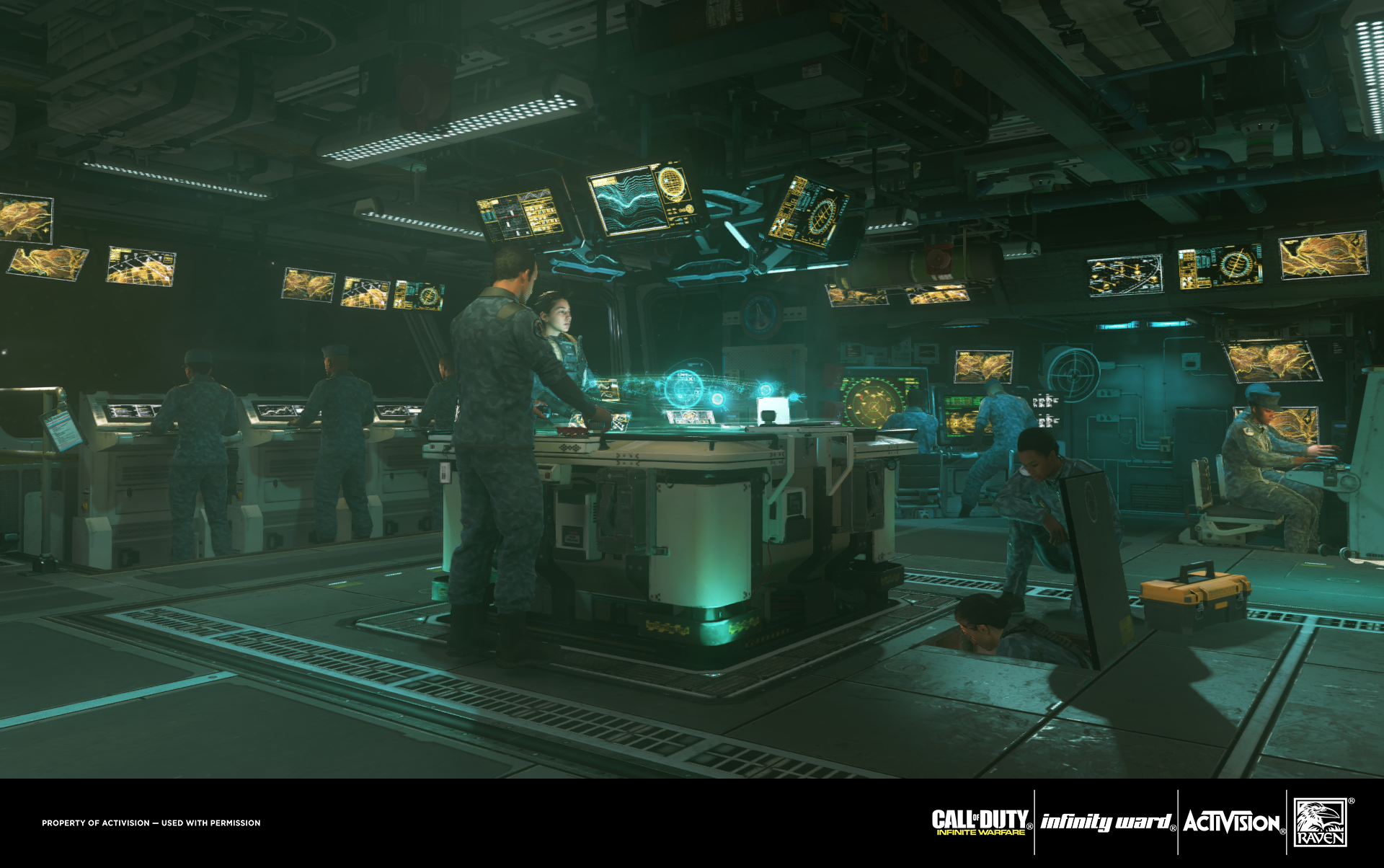 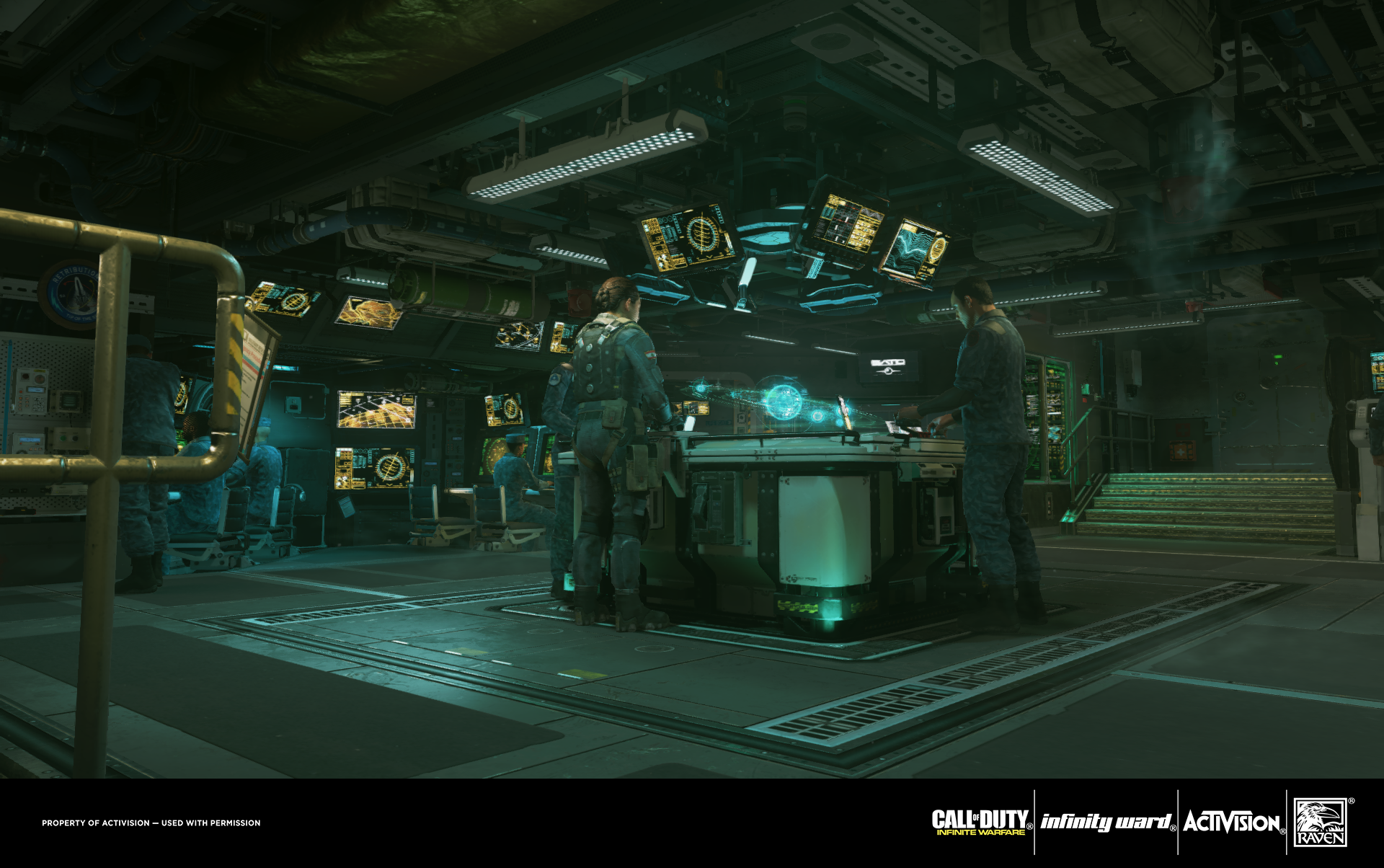 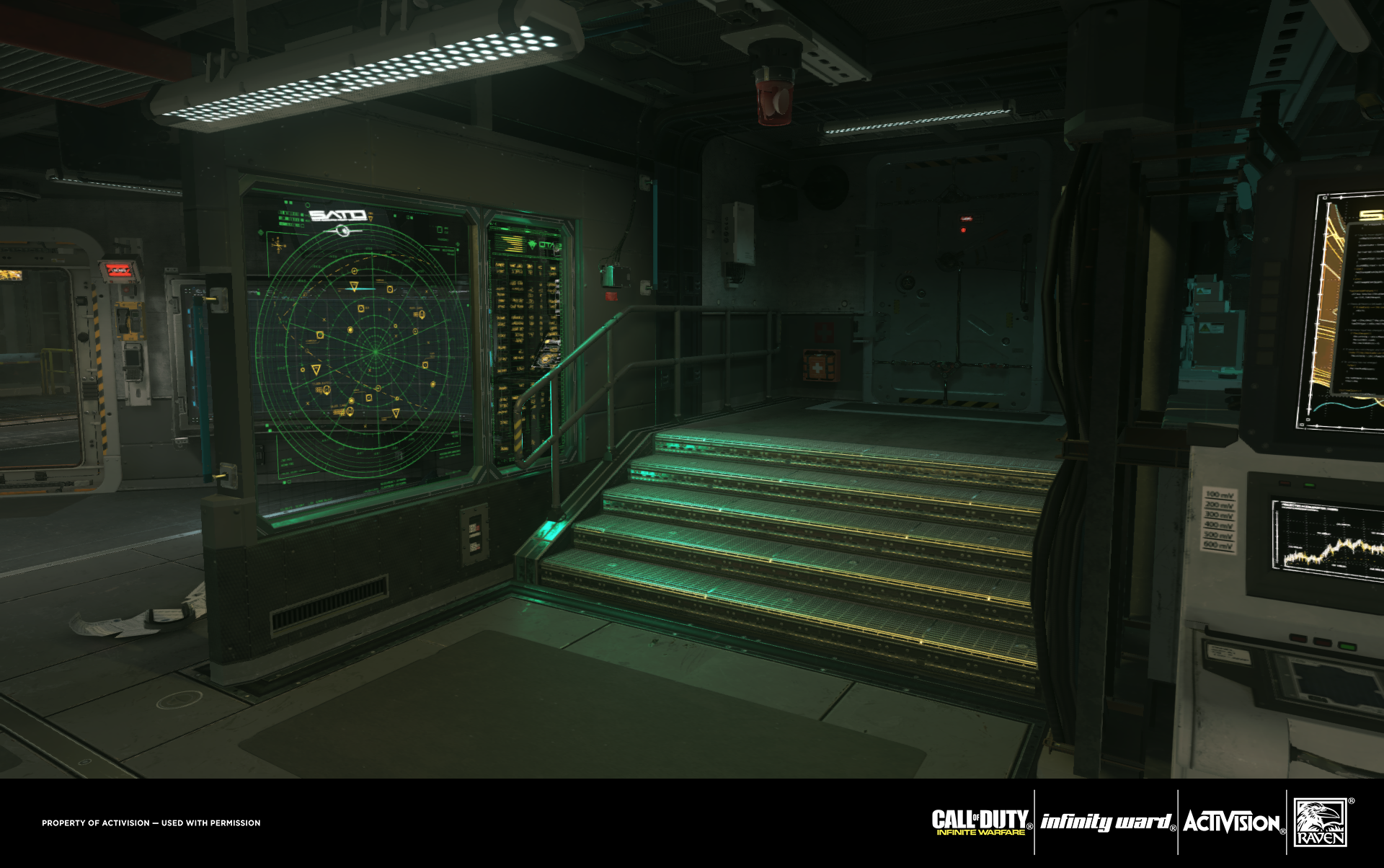 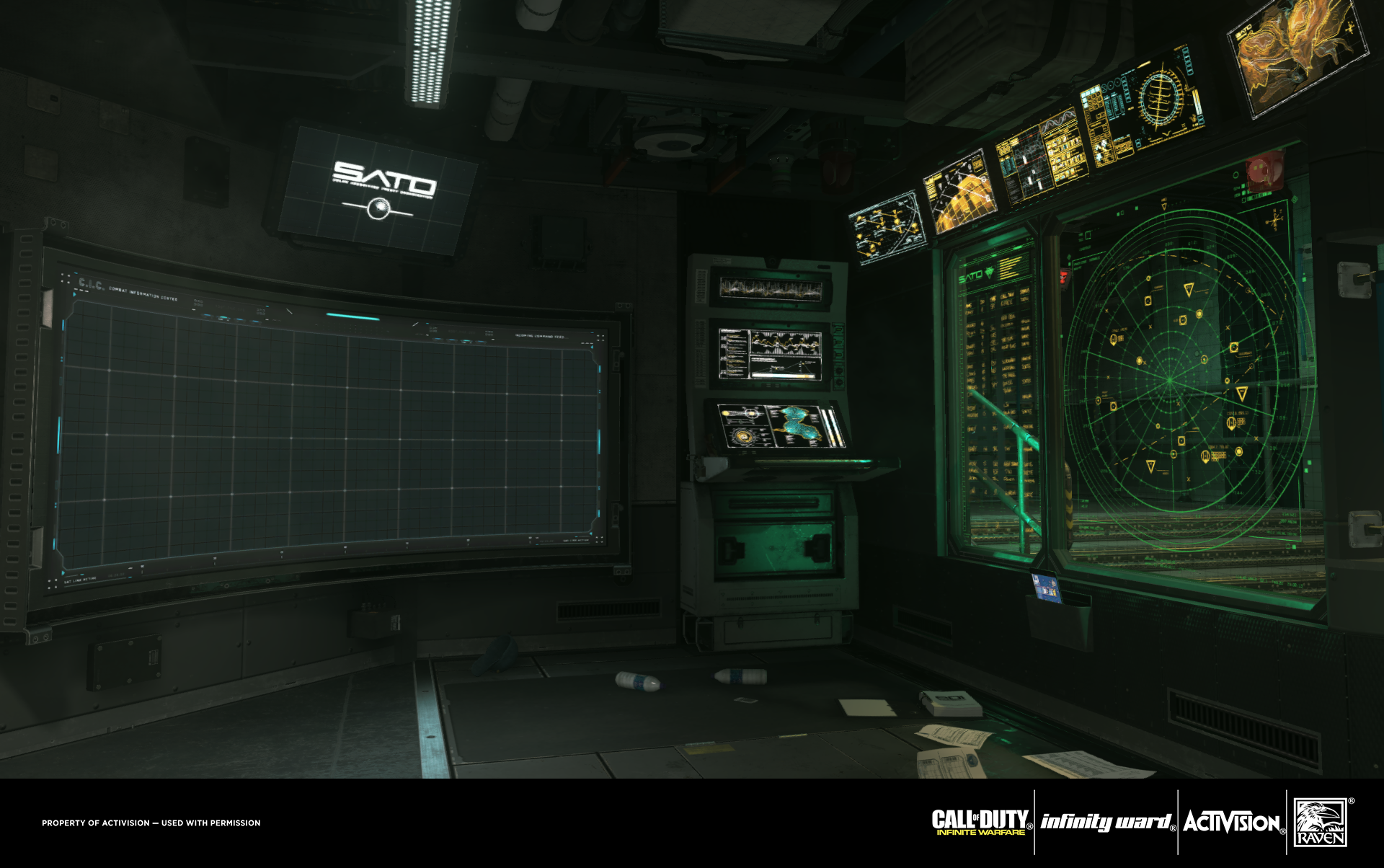 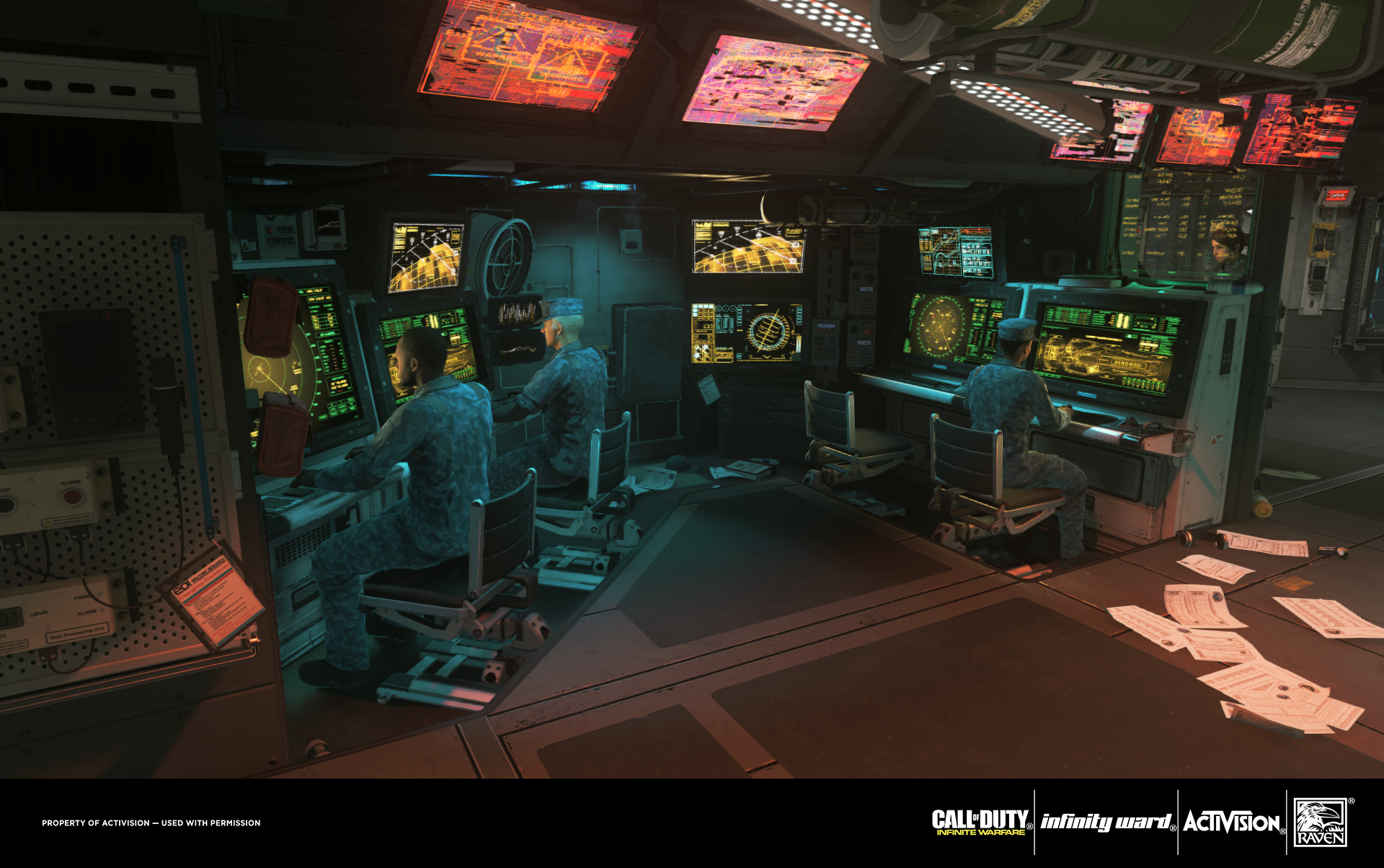 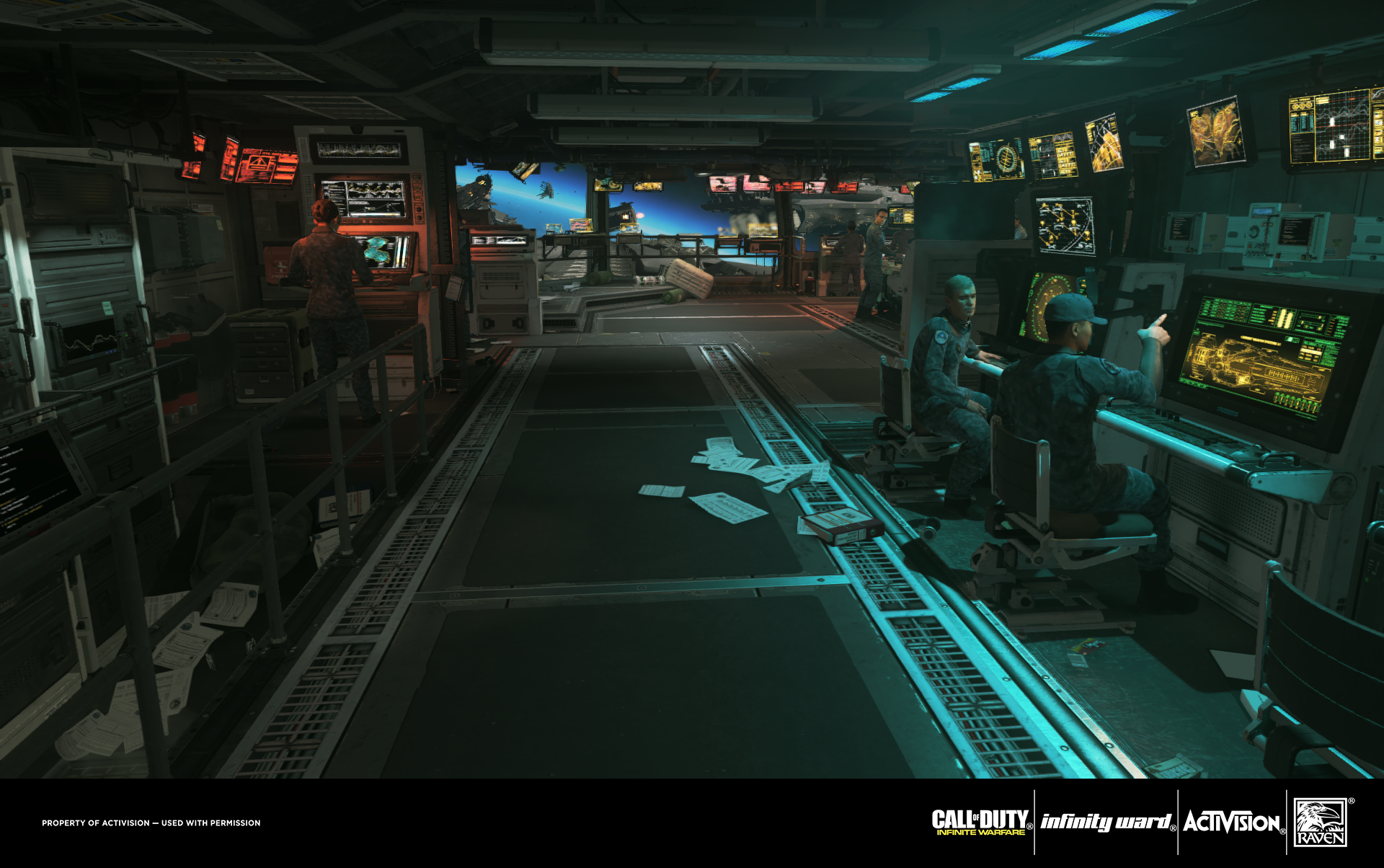 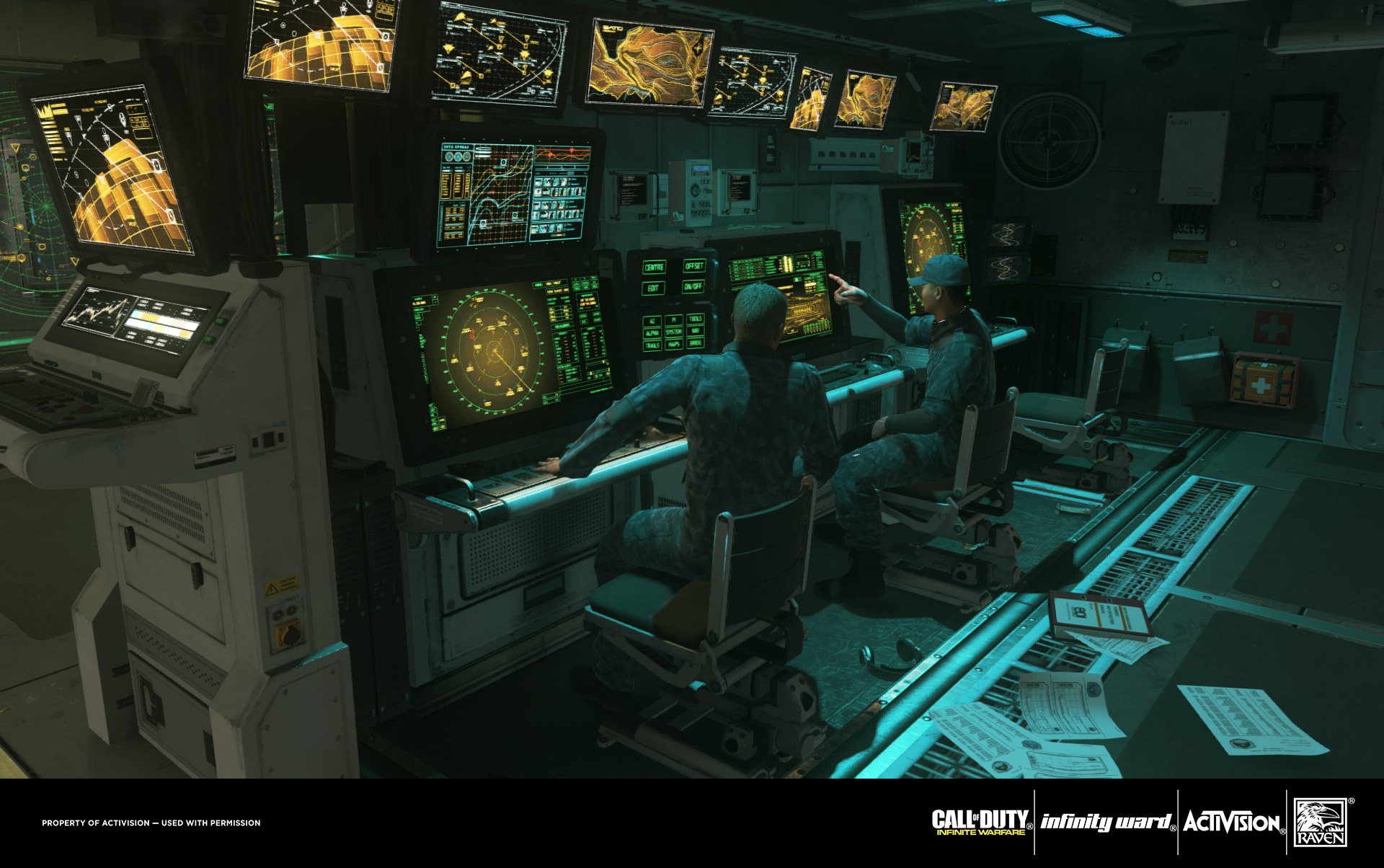 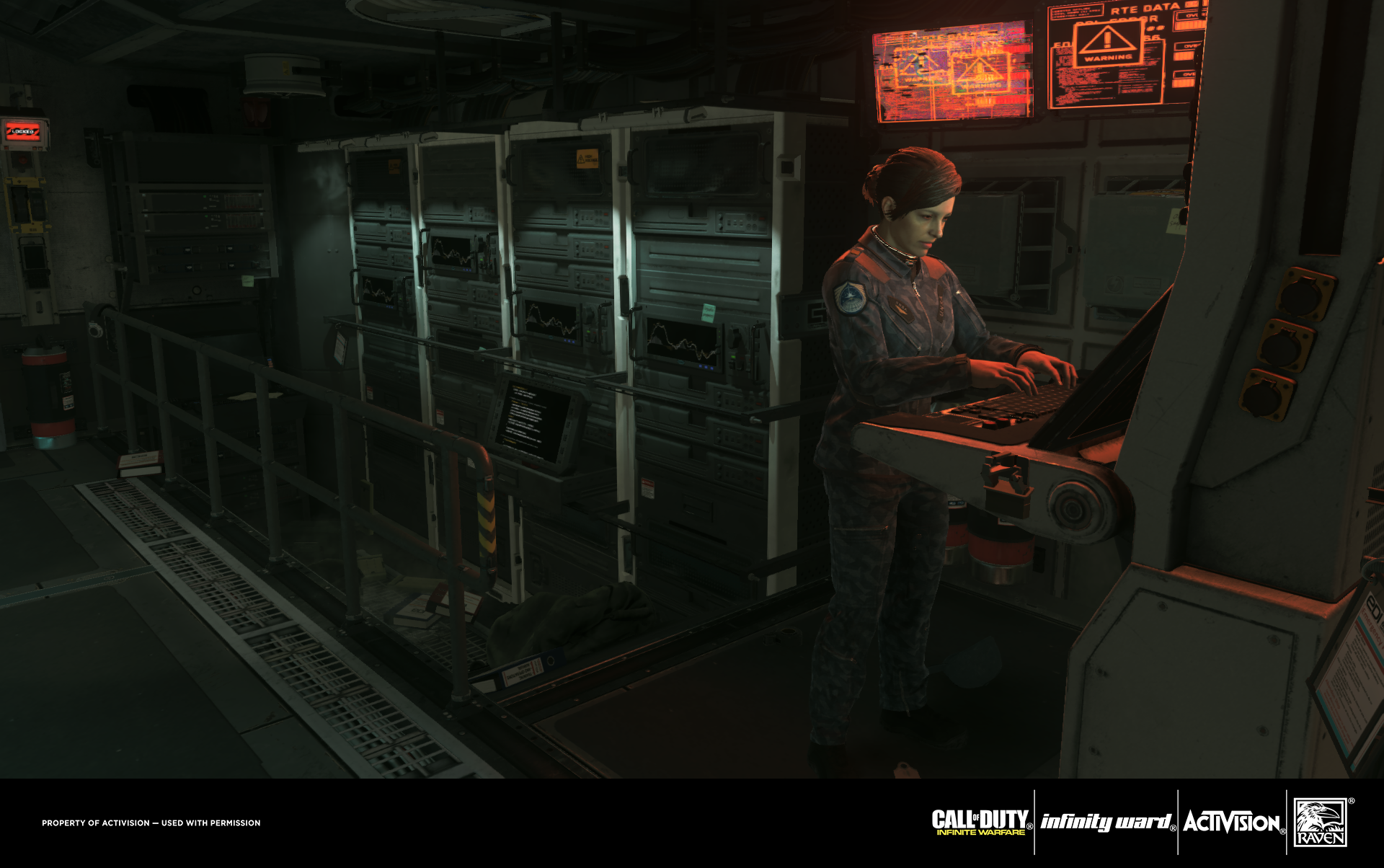 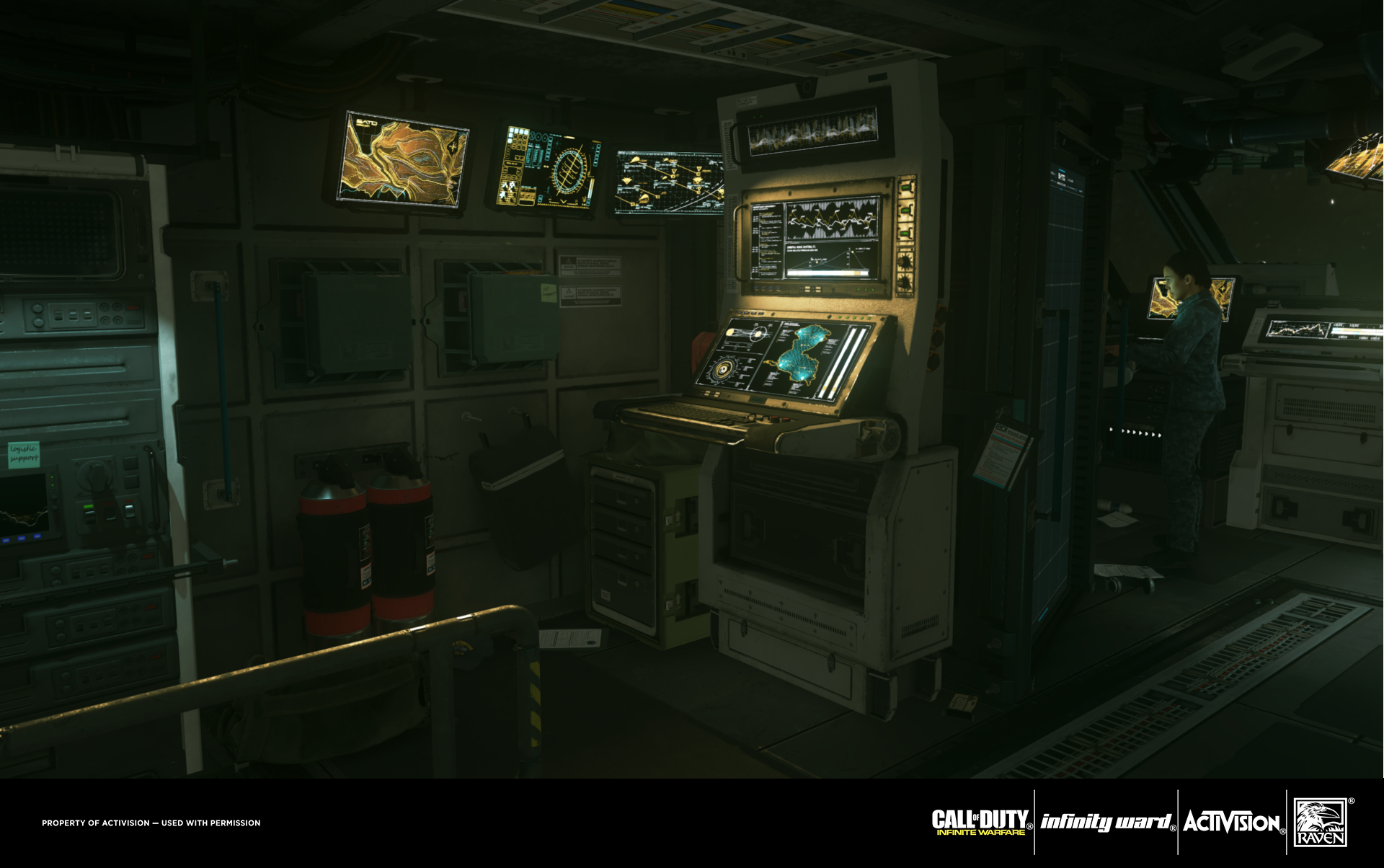 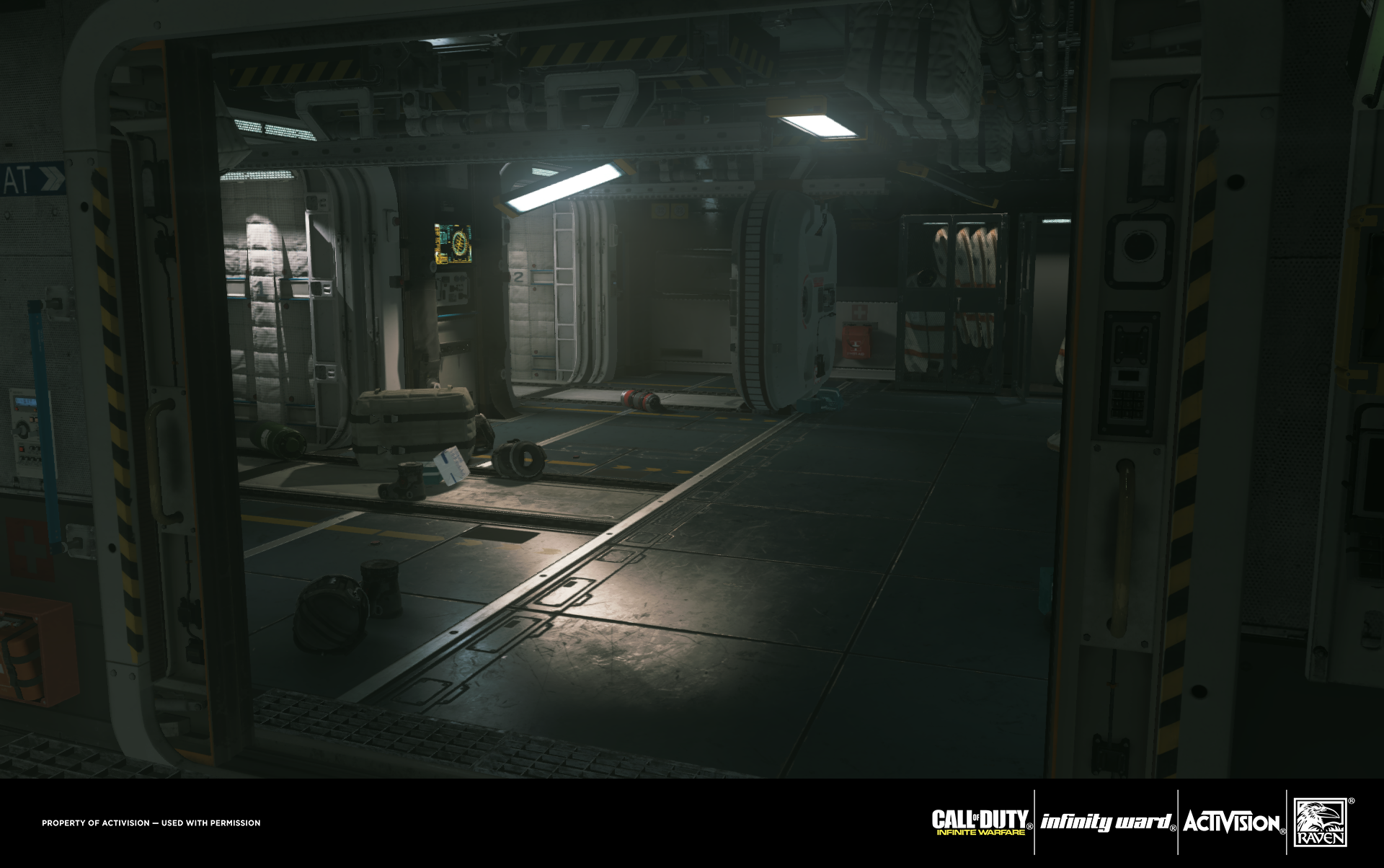 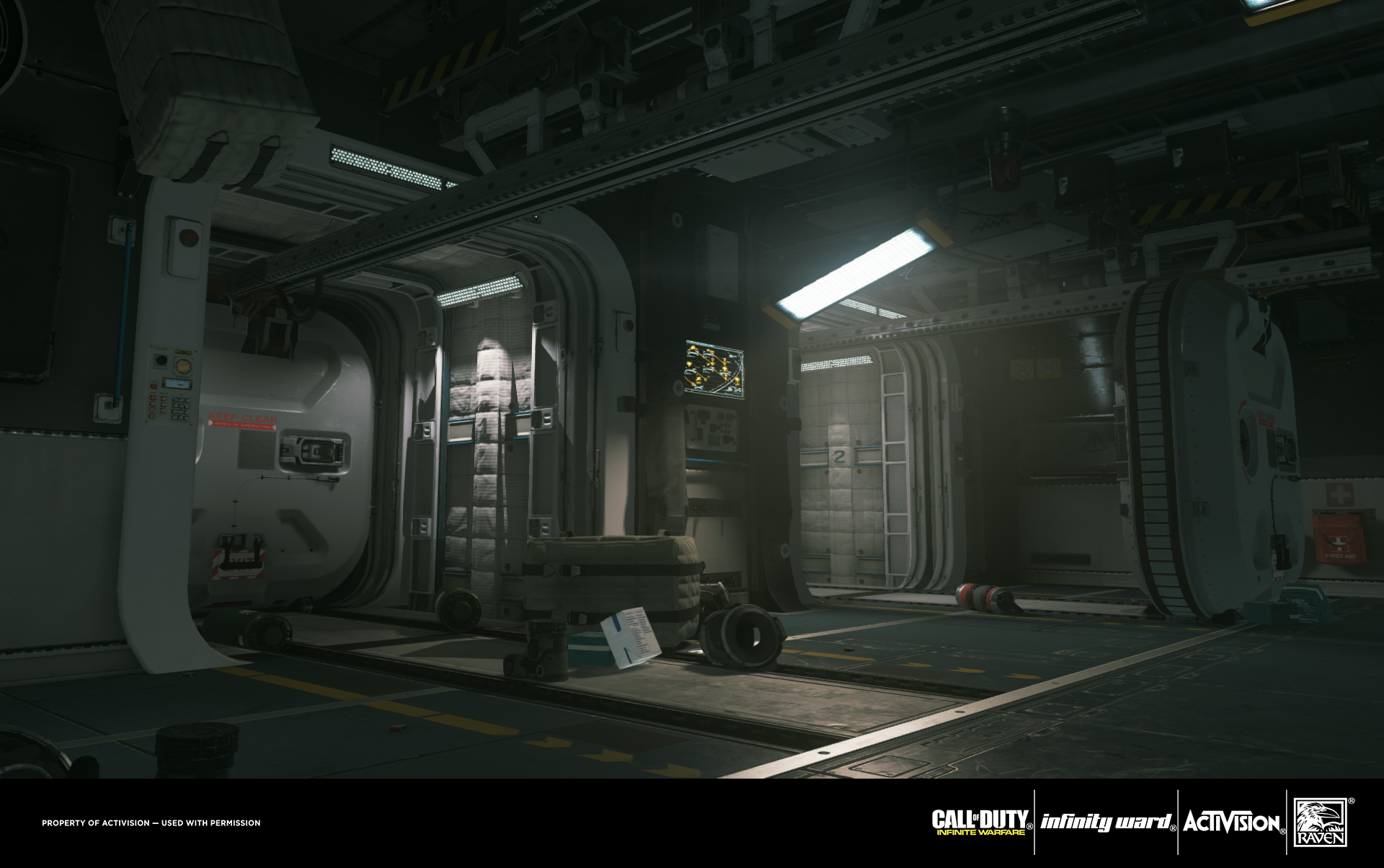 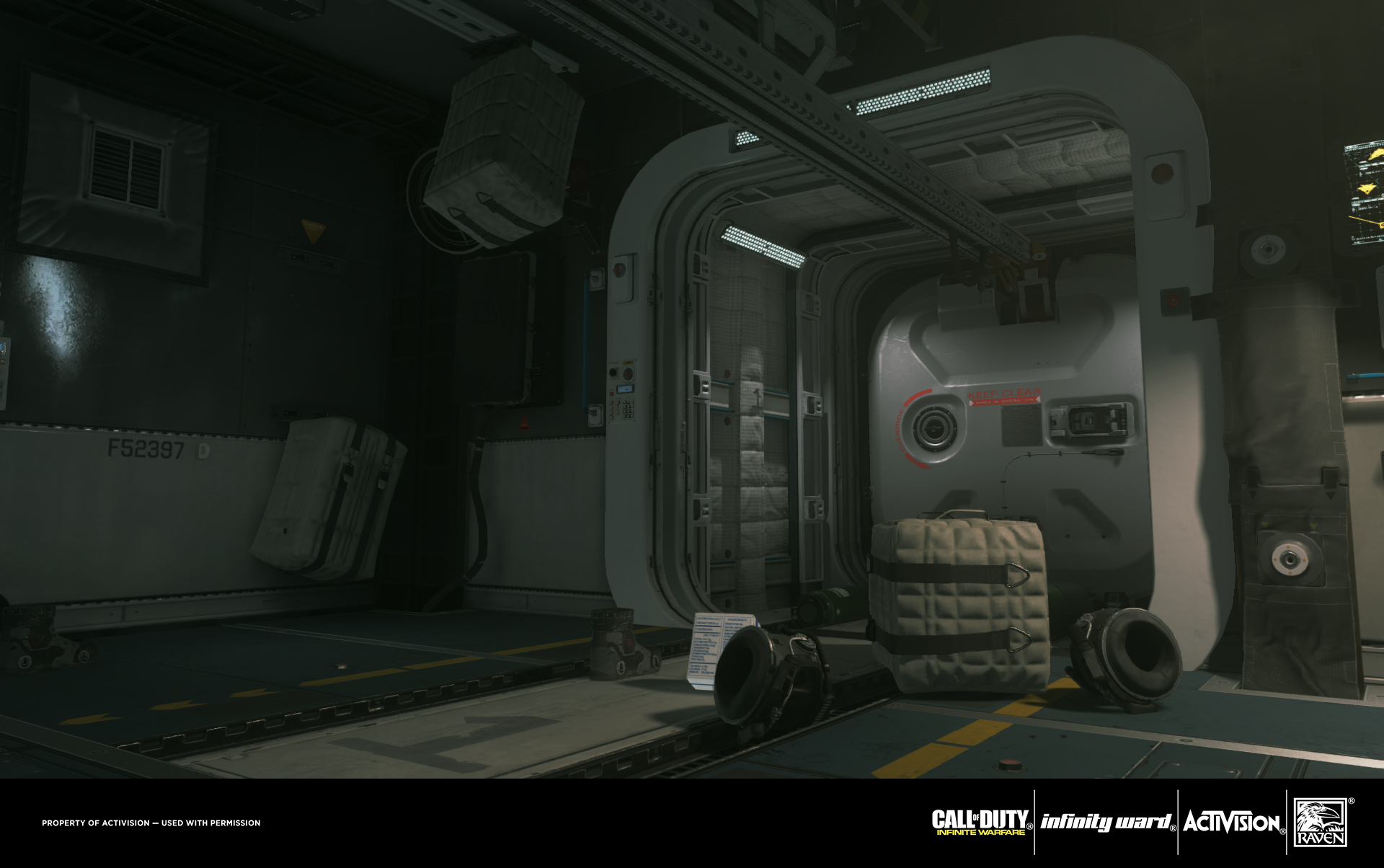 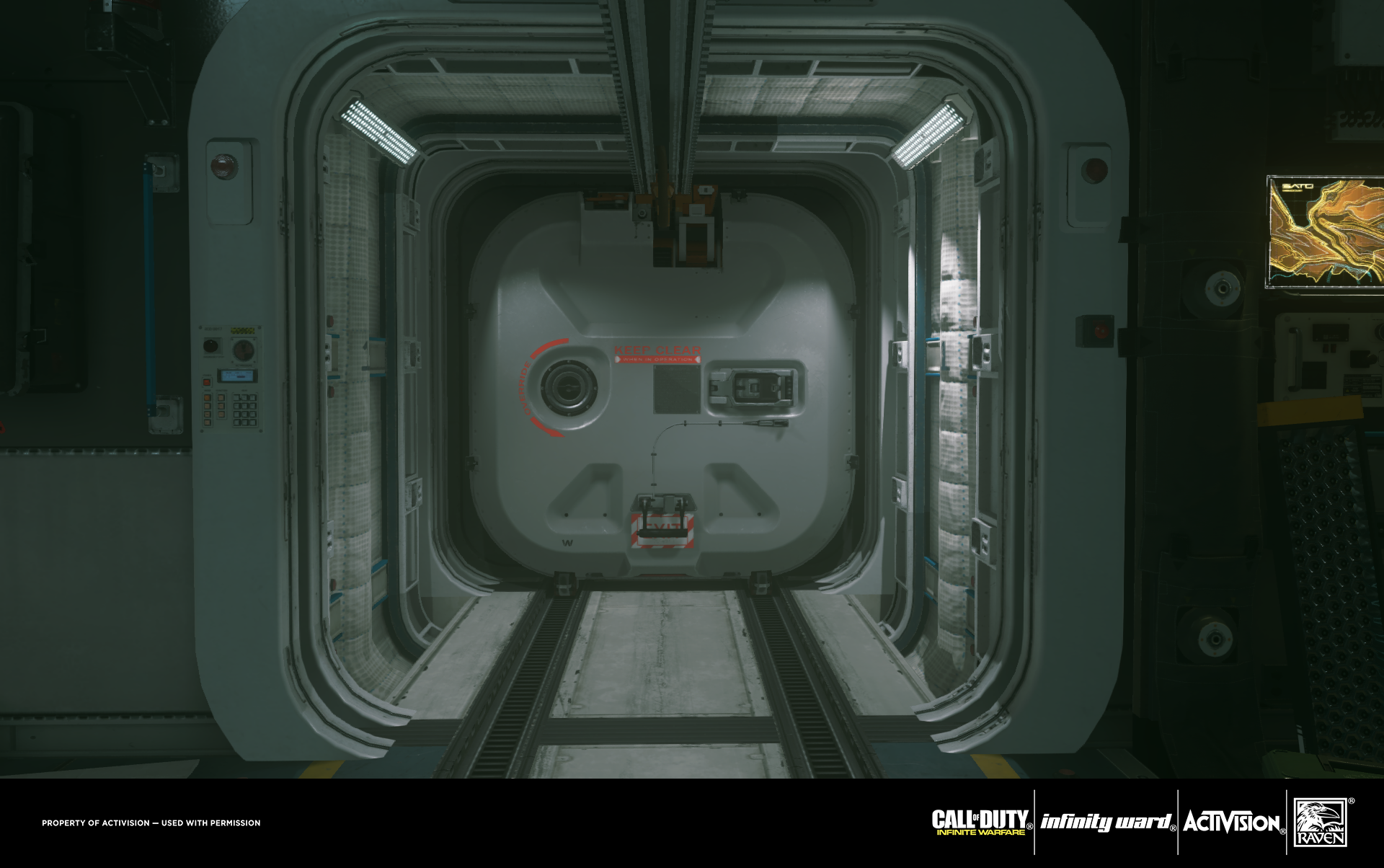 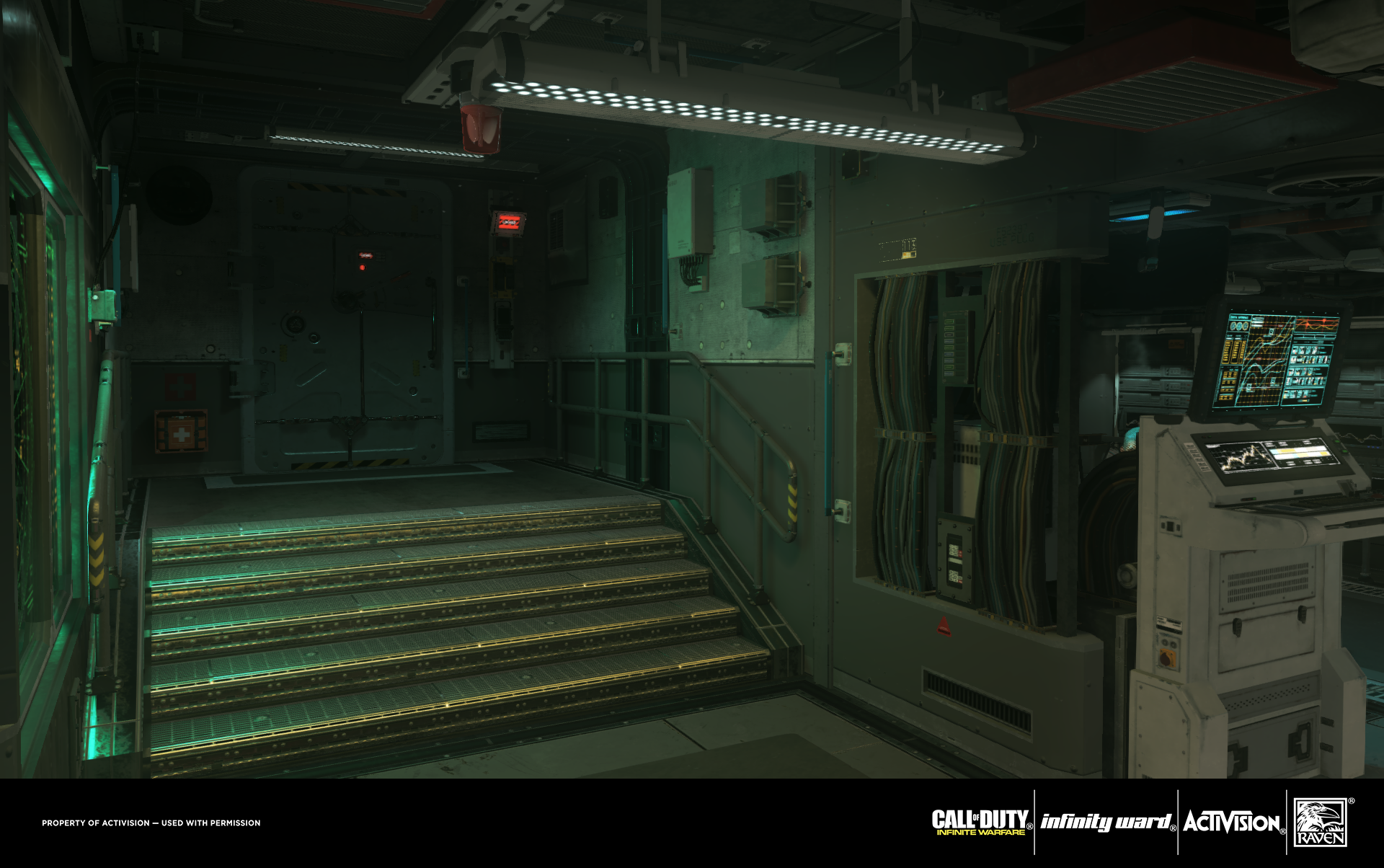 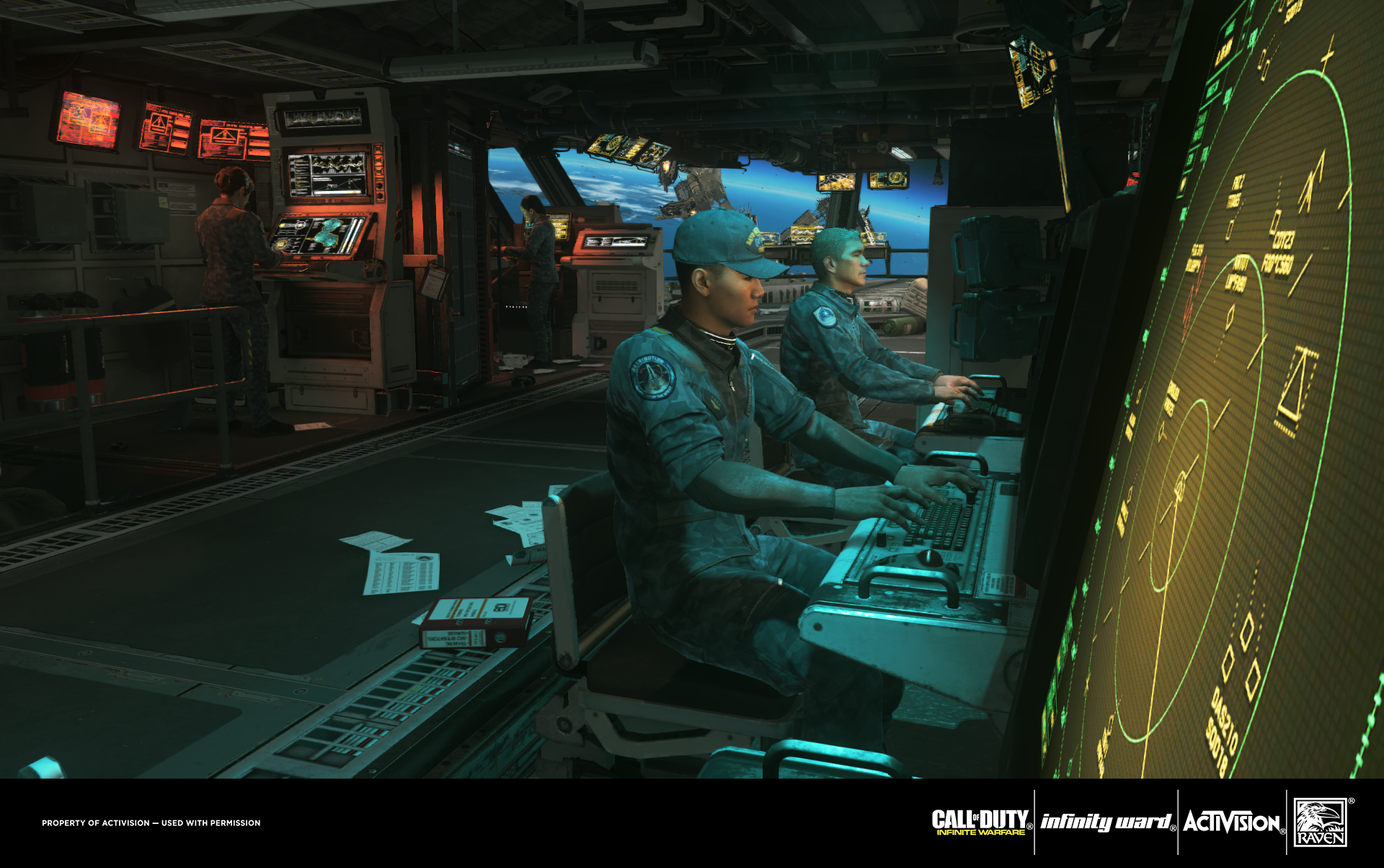 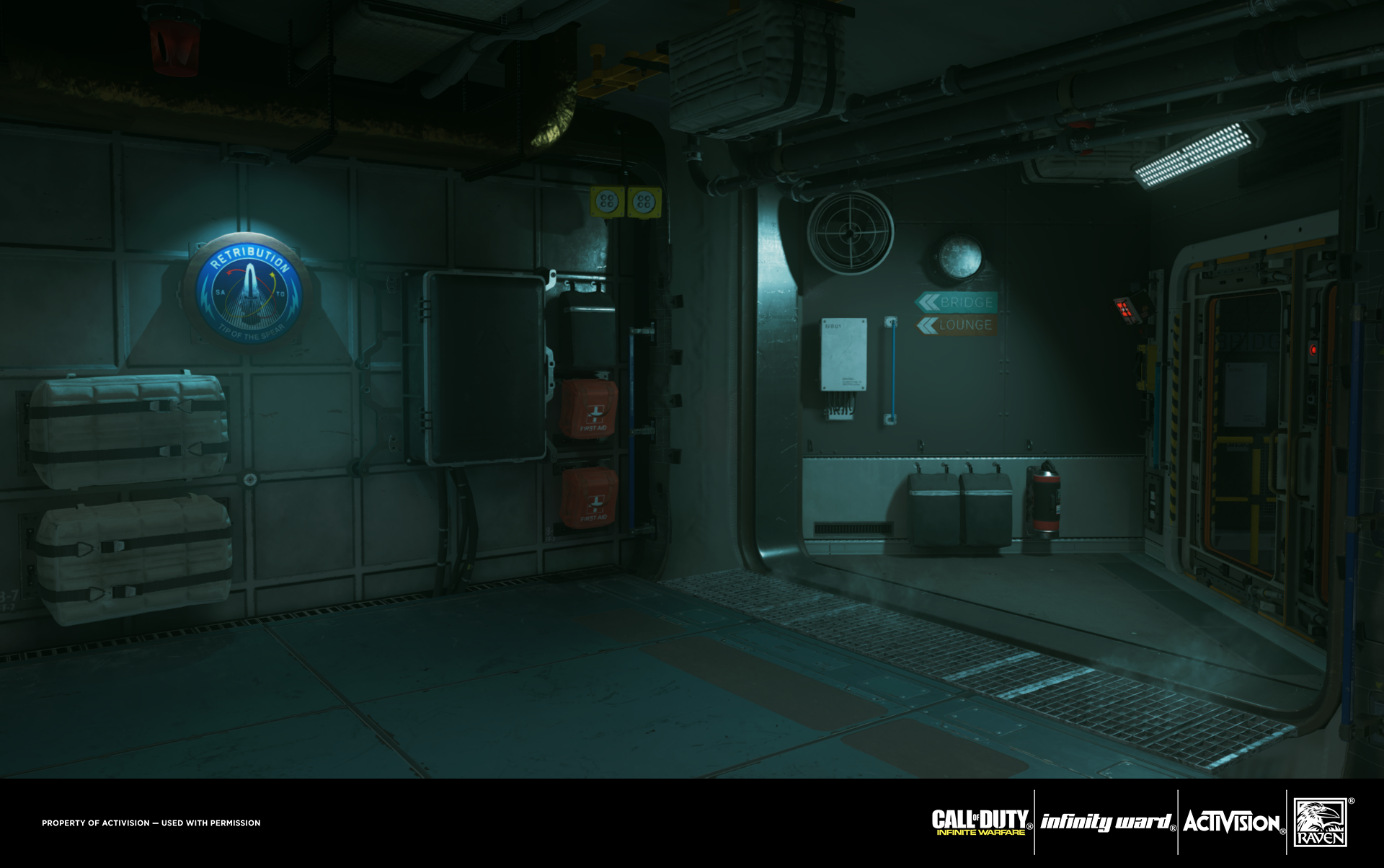 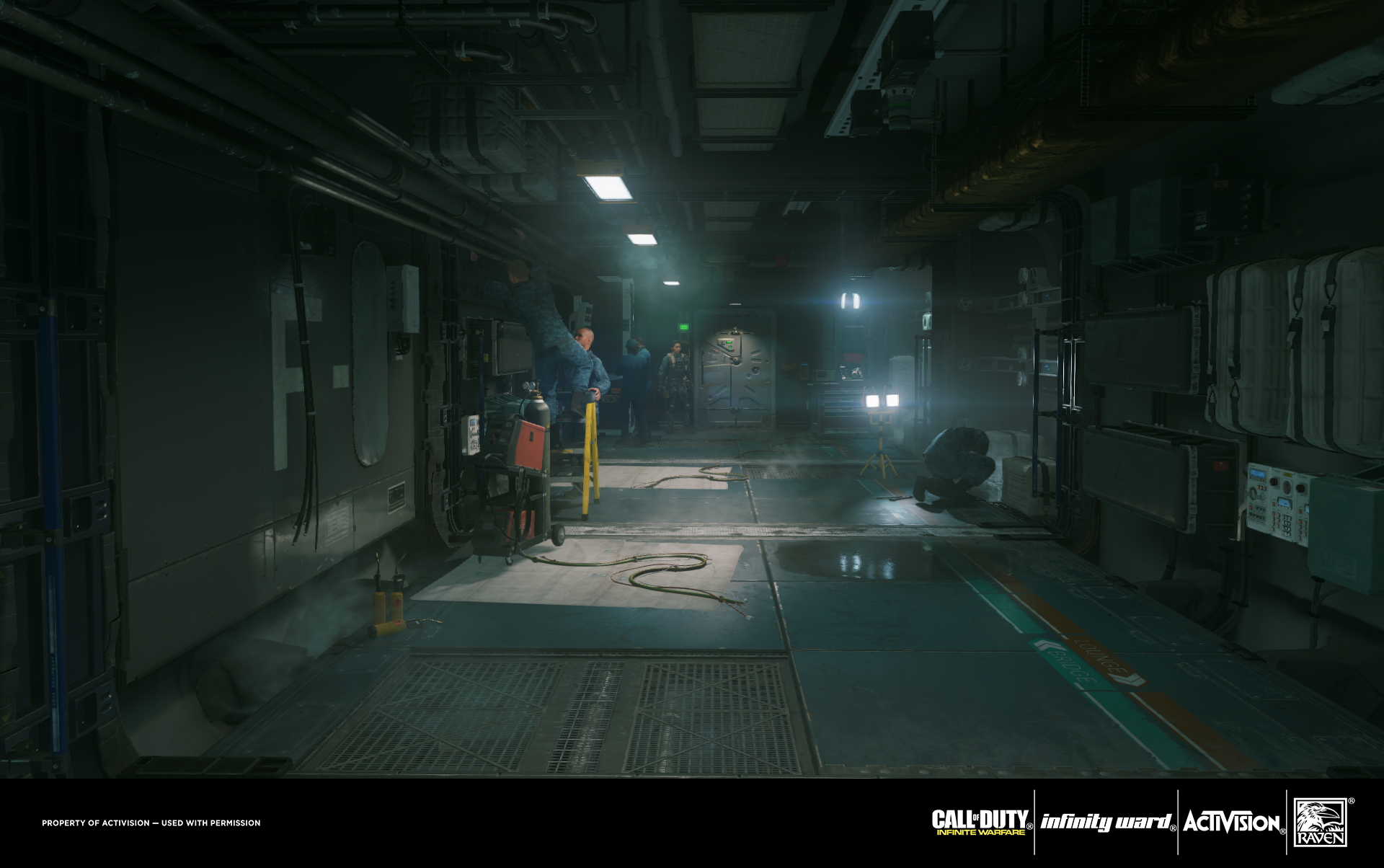 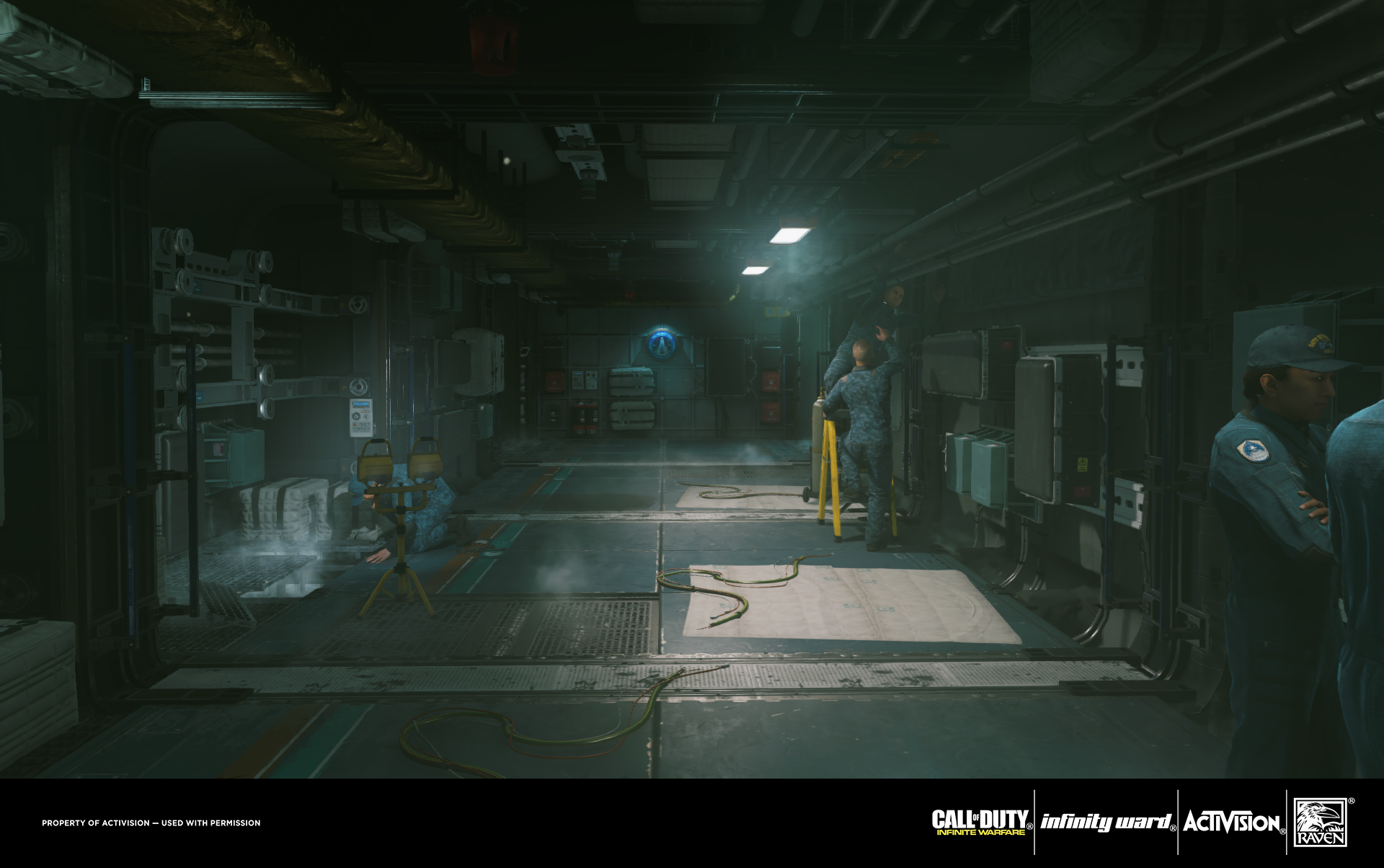 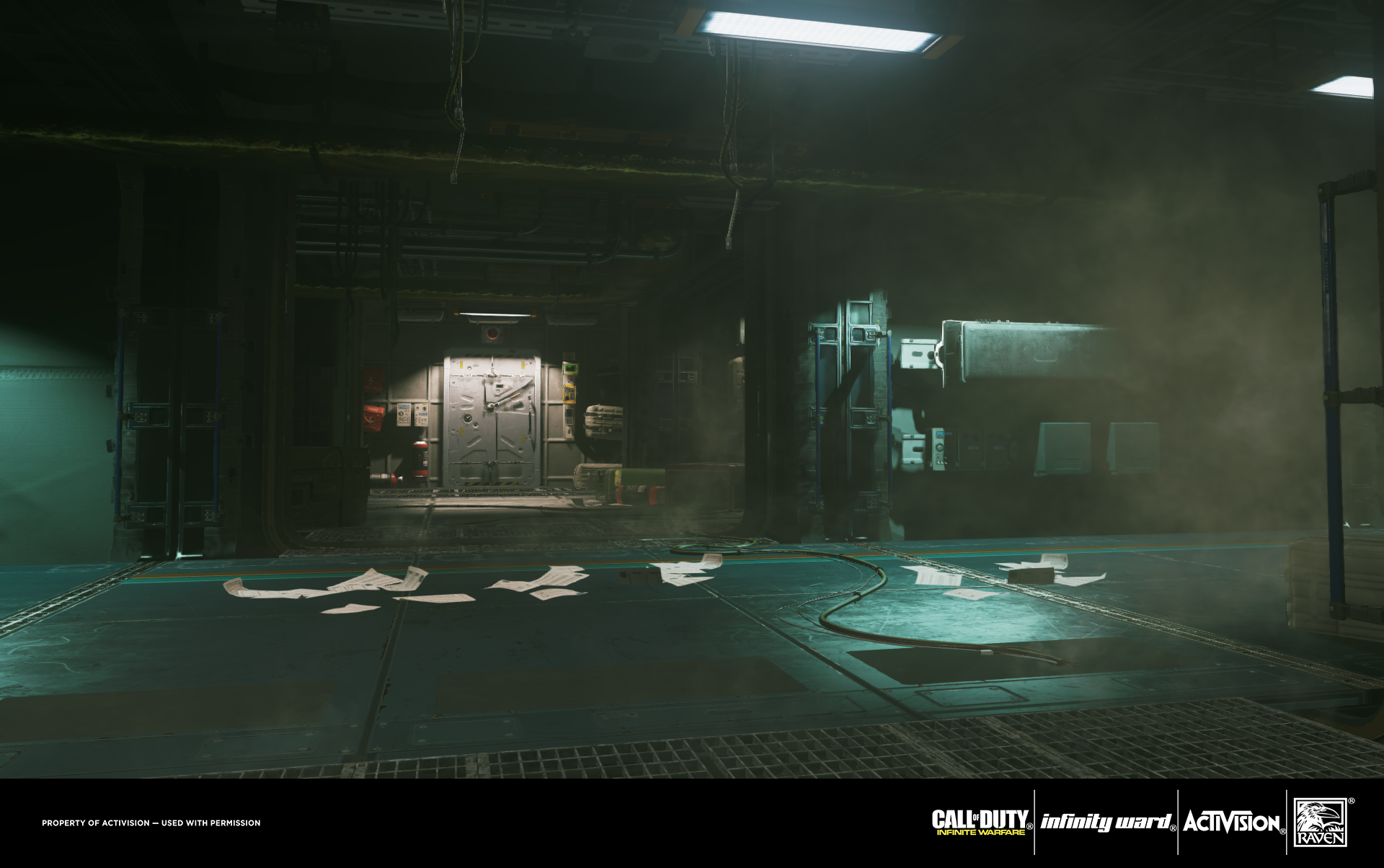 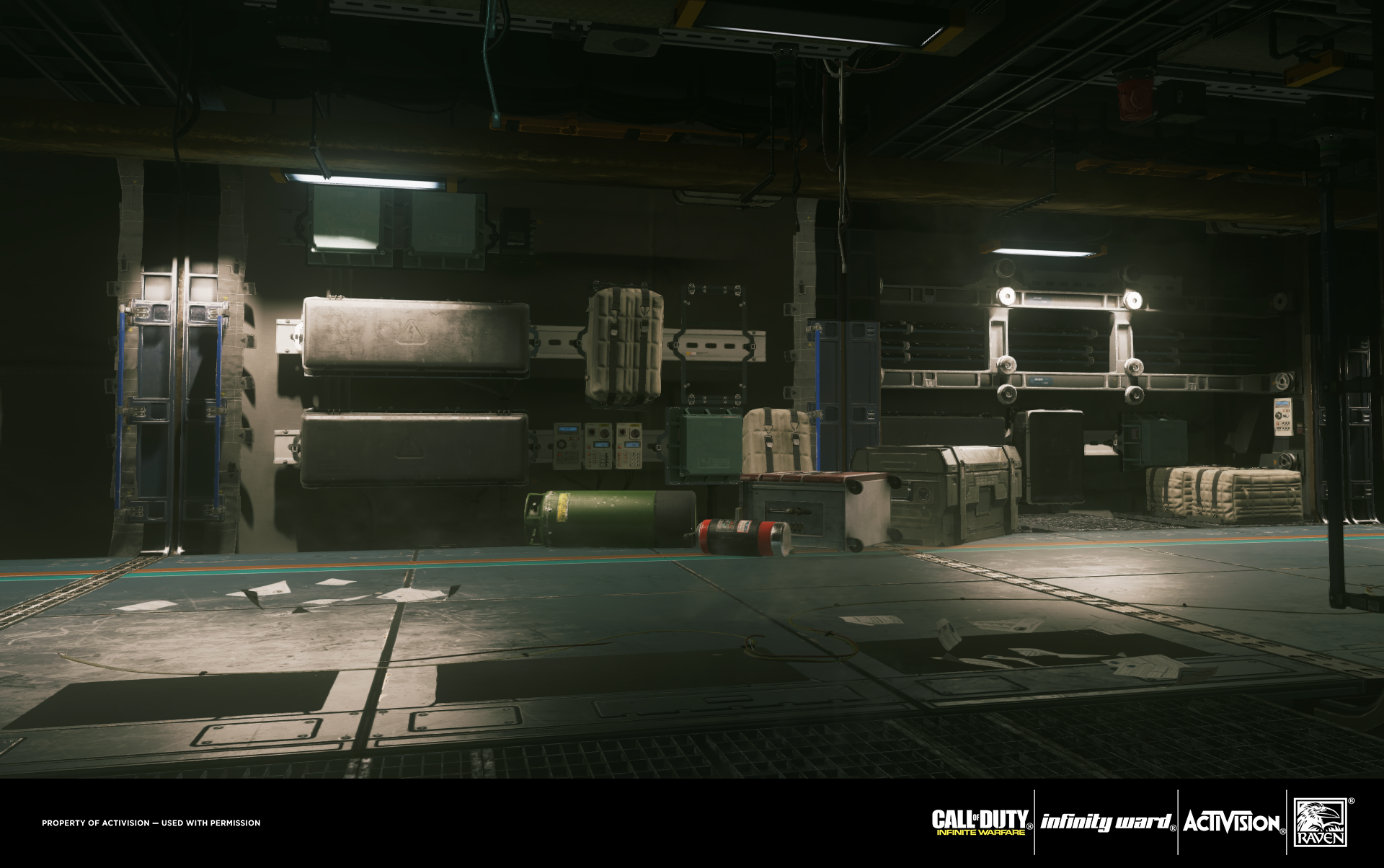 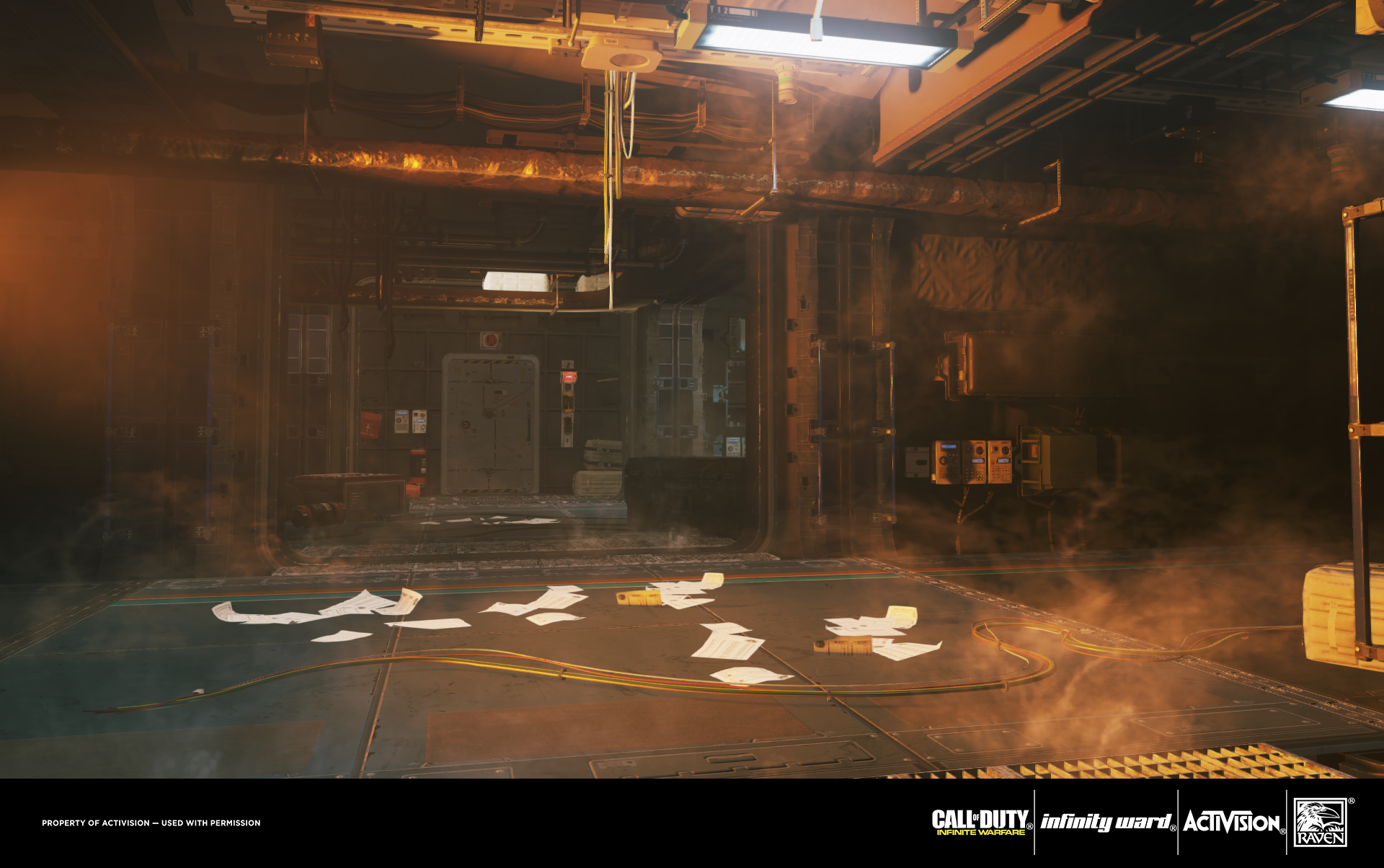 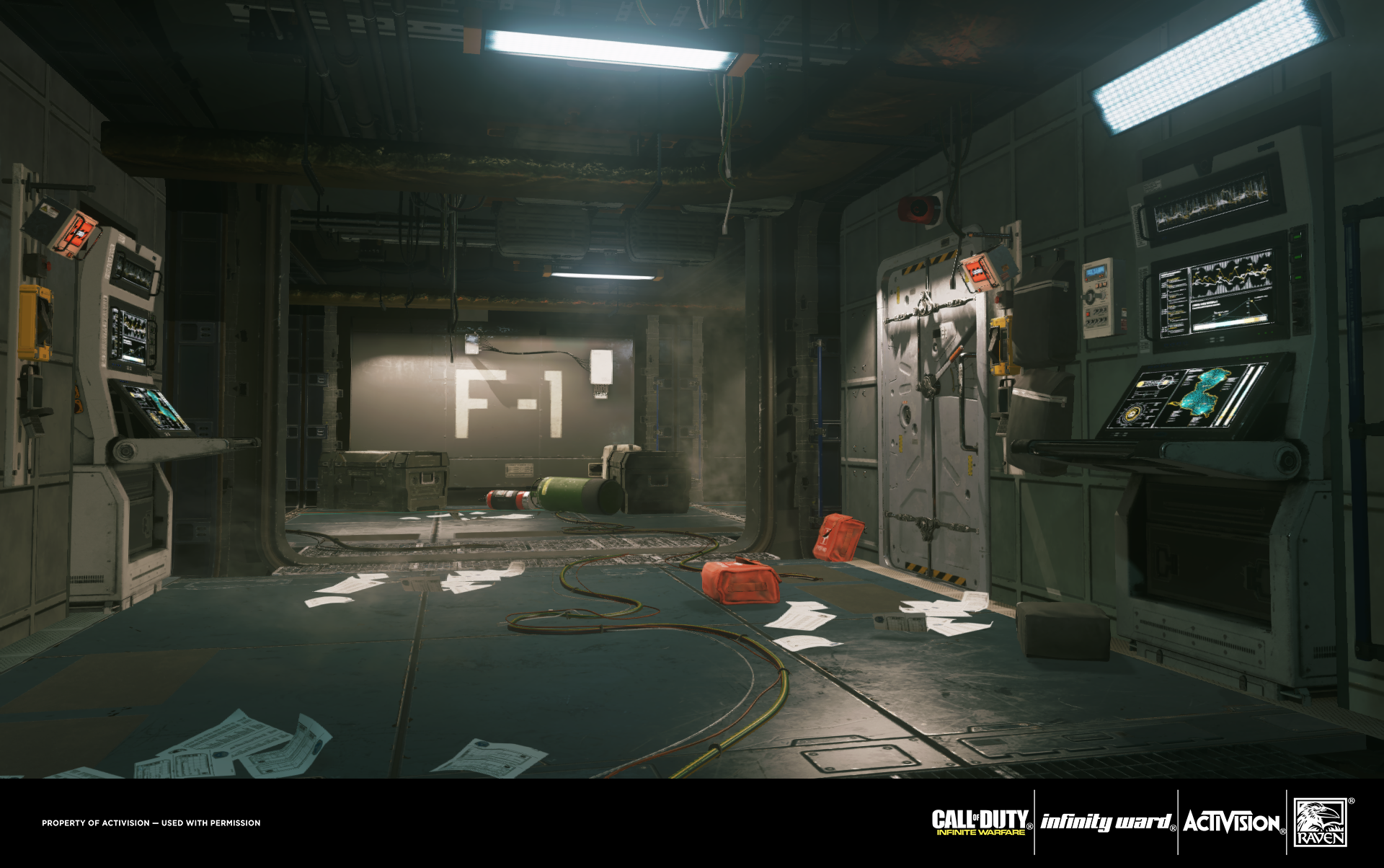 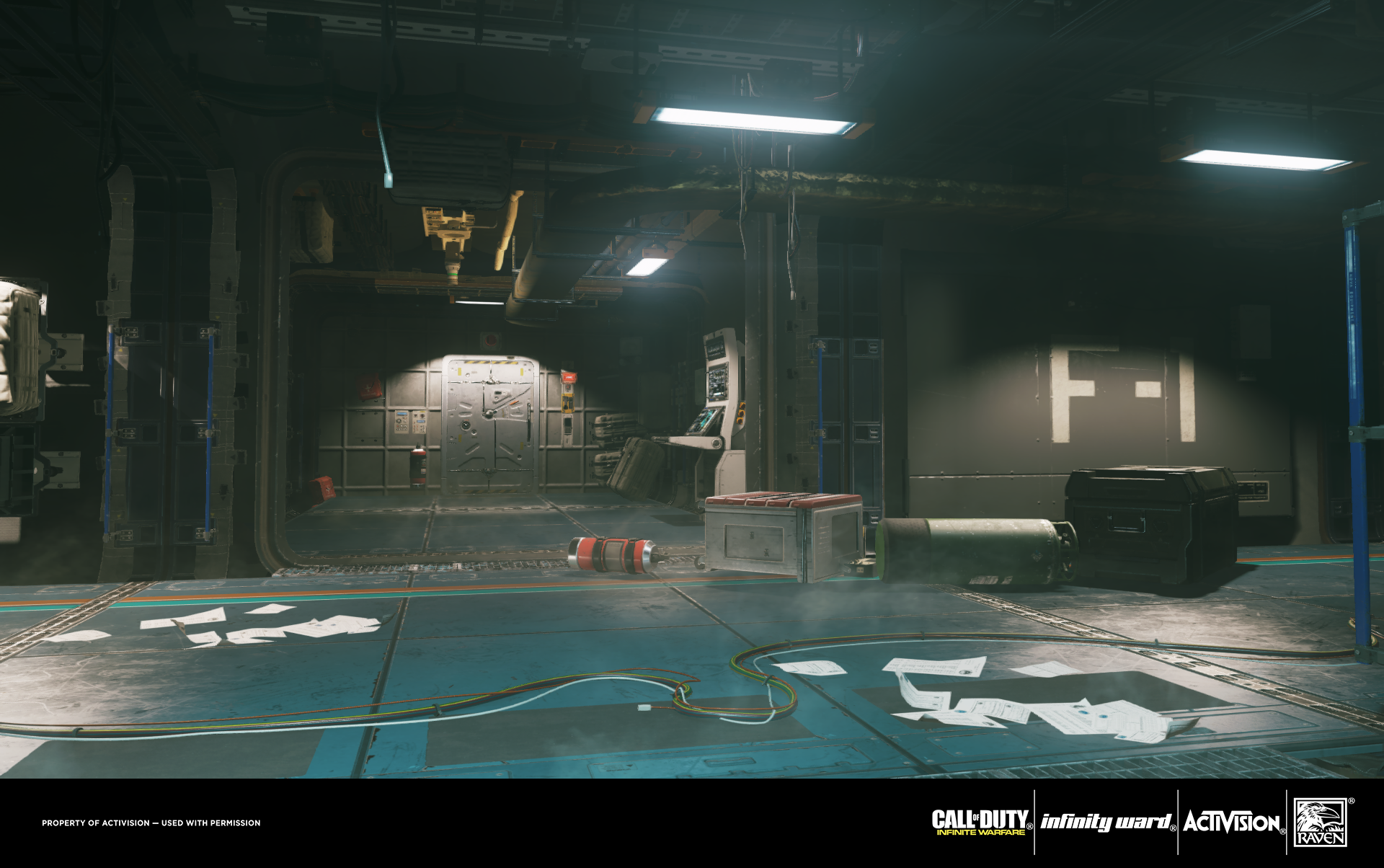 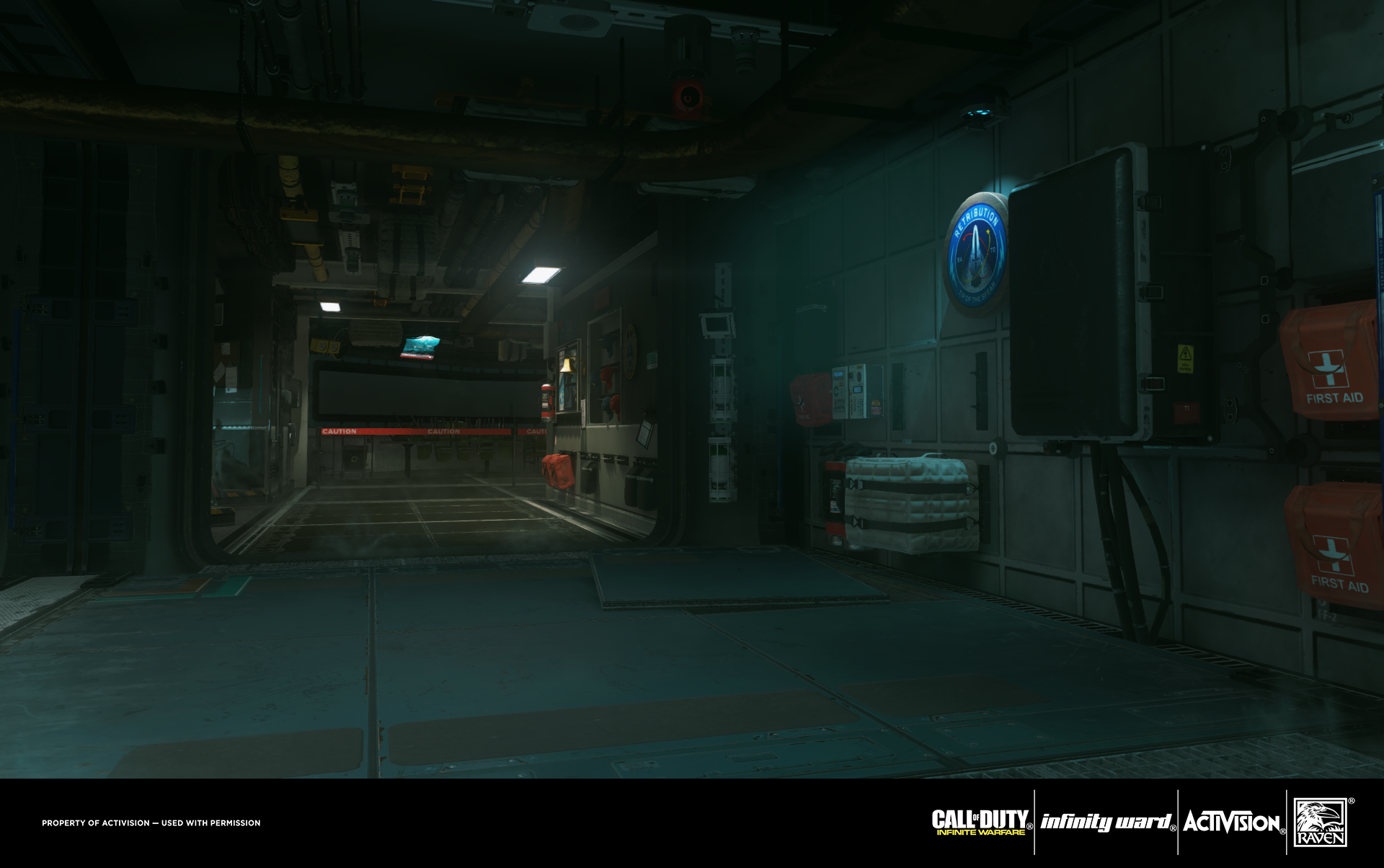 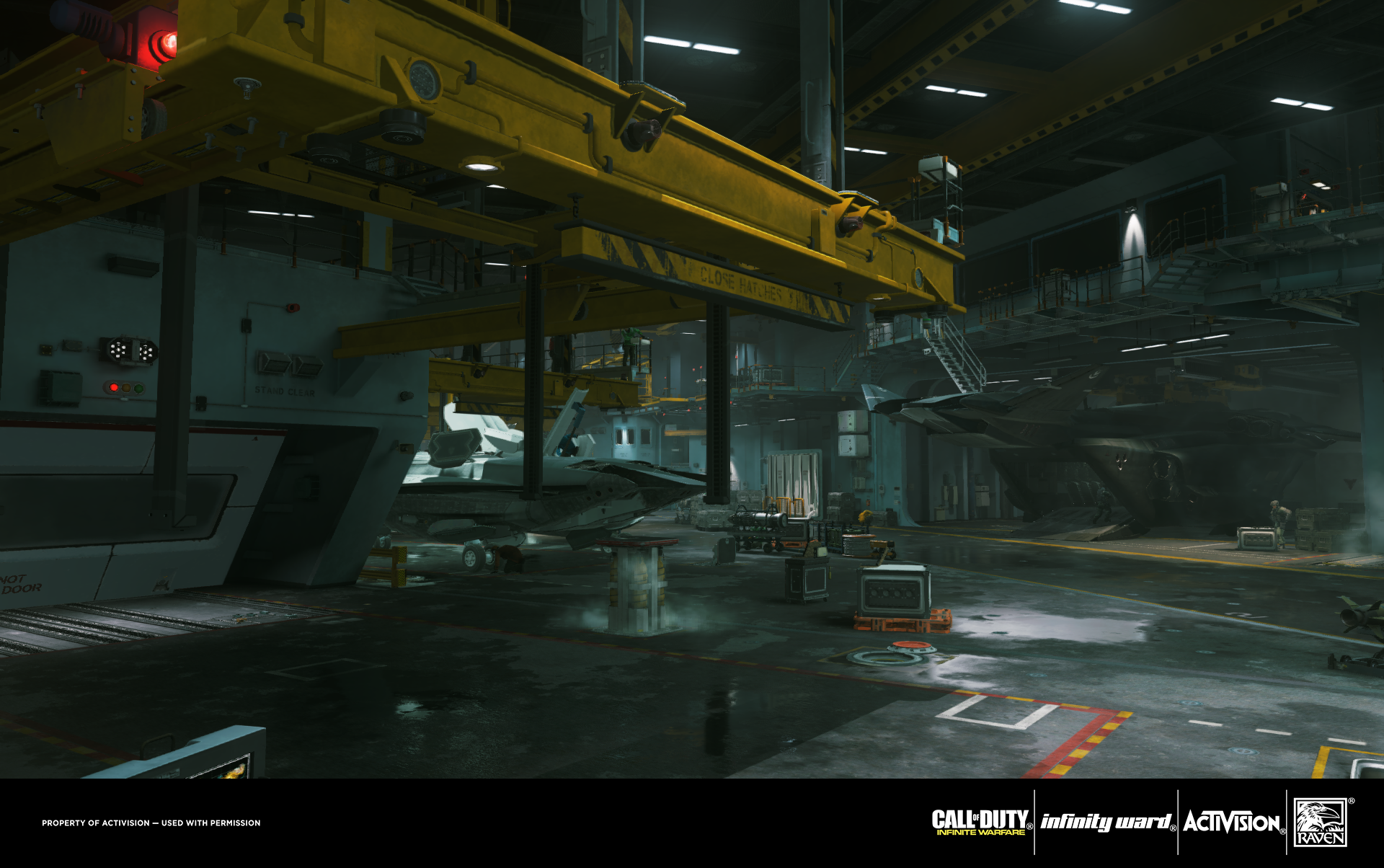